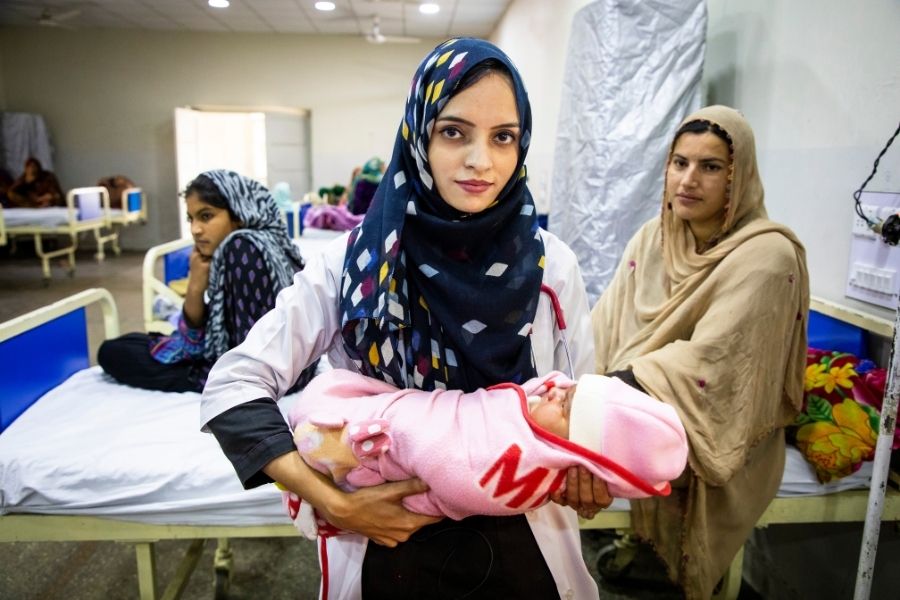 Women on the Run

In honour of International Women's Day on March 8th, we're donating €1 from each order to the UNHCR UN Refugee Agency's Women on the Run initiative.

Women on the Run

85% of refugees are taken in by low-income countries. Refugees who do make it to Europe often face a reality that is much different from the "promised land" they hoped for. Many people end up stranded in refugee camps without permission to work or the possibility of getting work papers in the future. For many, this journey ends in slavery or sexual exploitation due to a lack of other options to support themselves.

Living Conditions for Refugees are Precarious

Refugees face sexual violence, housing insecurity, a lack of access to hygienic products and food insecurity. The COVID-19 pandemic makes it difficult to provide and seek aid, and has greatly impacted the low-income job market, forcing more families into poverty. Unfortunately, where poverty increases, cases of forced marriage, child labour and human trafficking also increase. Additionally, many young women have had to abandon their education to seek work.

Women are frequently displaced for the same reasons as men are: due to their political beliefs, faith or membership in an ethnic or social group. Women also face a number of circumstances causing them to flee that men do not, including: sexual exploitation, female genital mutilation, forced marriages or domestic violence.

Women fleeing their homes or countries often travel with their children or while pregnant. They suffer from a lack of access to hygienic products, nappies or medical care. Aid organisations play a very central role in ensuring that pregnant women on the run receive birth certificates for their children, ensuring that they do not go stateless. The UNHCR works to ensure that women are able to pass on their nationality to their children, and that women's needs are adequately addressed in asylum procedures.

If you would like to donate directly to the official UNHCR account, here are their details (based in Austria):

Payment reference: "Women on the Run".